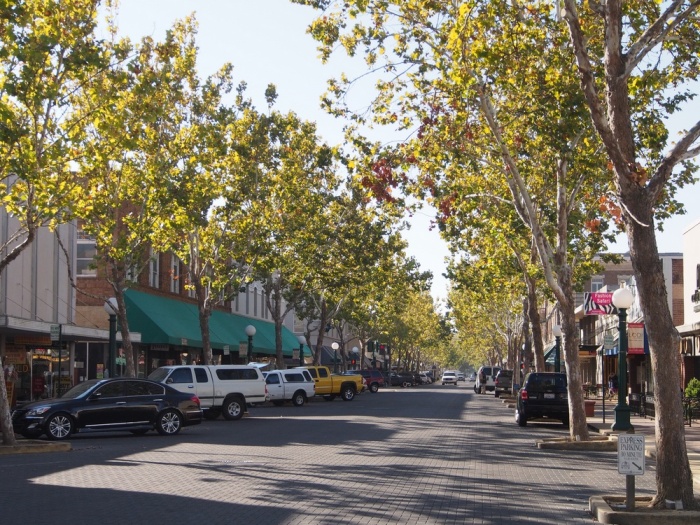 The Lincoln Chamber of Commerce recently conducted a business study trip to another small California city. A charter bus filled with 25 “business tourists” from Lincoln’s civic, business and private sectors left at sunrise on Friday, October 18 – bound for Lodi, California. The purpose of the study trip was to visit a comparable city and learn about their challenges and successes with economic development.

Lodi has a population of approximately 63,000 people. Although similar in size to Lincoln, Lodi experienced much slower growth. Their population 20 years ago was around 35,000. Lodi has a strong agricultural economy, based primarily around wine grapes. Lodi boasts more wine grape acreage than Napa and Sonoma combined. The study group learned about another Lodi strength: their community members get involved with city issues, often helping with fund-raising efforts.

Some of the challenges Lodi faced in the past included infrastructure issues and a downtown area that needed significant improvement. In 1994 Lodi began an intensive planning effort to revitalize their downtown district. Several street-scape projects promoted foot traffic and attracted new businesses and tourists. Lodi’s downtown district now has 14 wine tasting rooms, a large multi-screen theater, numerous restaurants and variety of boutique merchants. Nearly all businesses are locally-owned merchants, with a handful of chain-establishments. 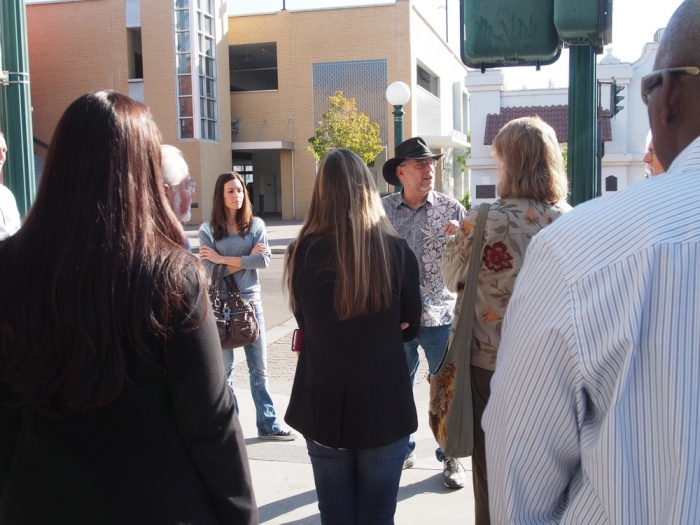 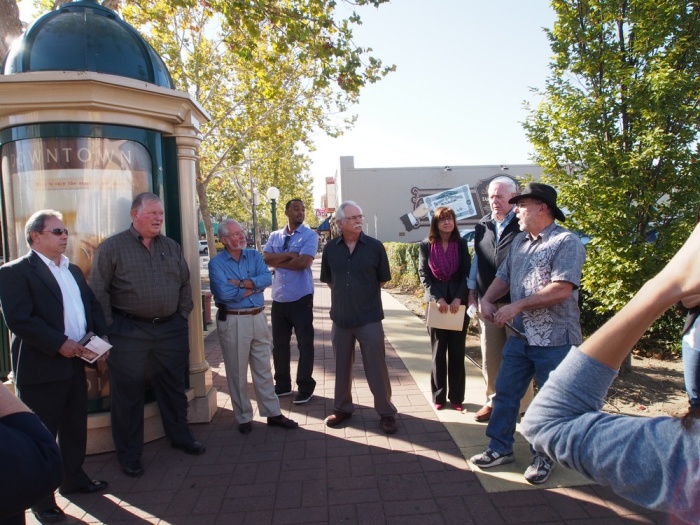 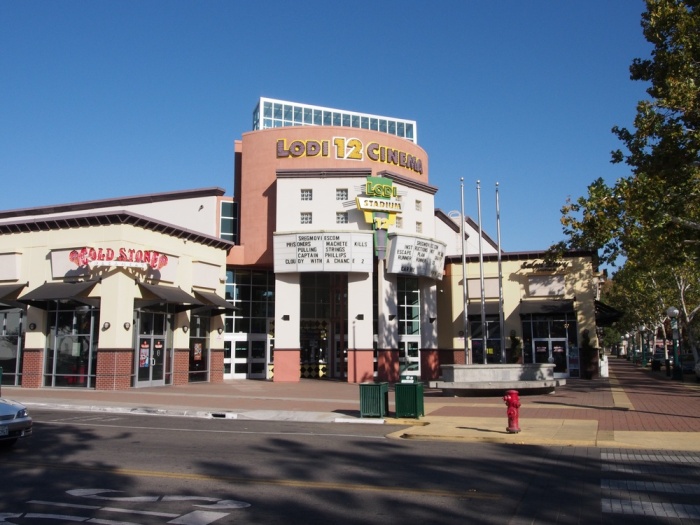 A 12-screen movie theater draws residents to the downtown district in Lodi.

Lodi city officials met with the Lincoln contingent throughout the day, explaining the various ways they raised the funds, coordinated the work and responded to community concerns. In one example, community groups participated heavily in retaining and raising money to renovate an old high school site, resulting in a large conference facility and 800-seat theater for the city.

Rob Wolf, Lincoln Planning Commission member, said, “I was pleasantly surprised with the quaintness of Lodi and the revitalization they’ve done to enhance their downtown. By leaning on the civic organizations and volunteers, they’ve done some good things. It was really inspirational to think that we could do a lot of that in Lincoln.” 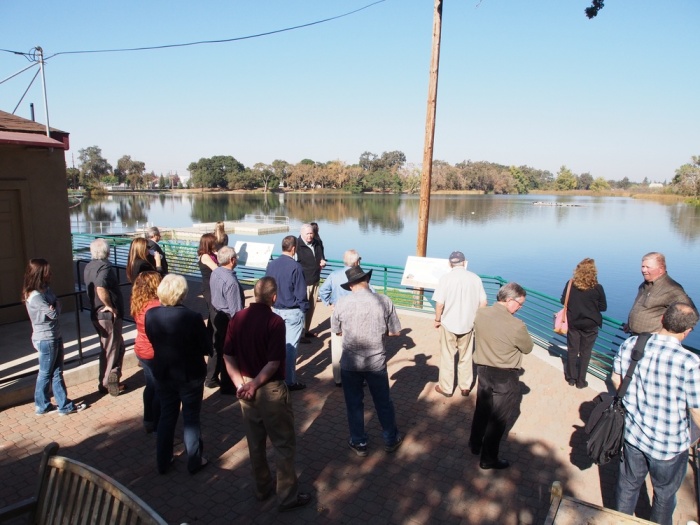 Lodi Lake one of the outdoor attractions in Lodi. 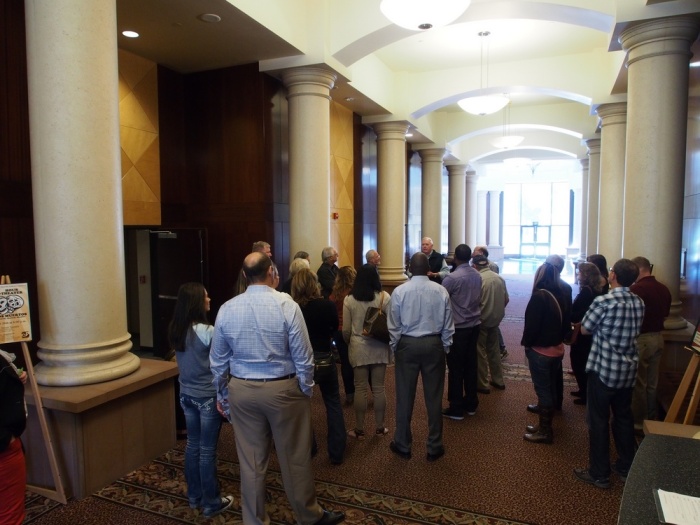 Hutchins Street Square was formerly a high school before it was renovated into a large community center in downtown Lodi. 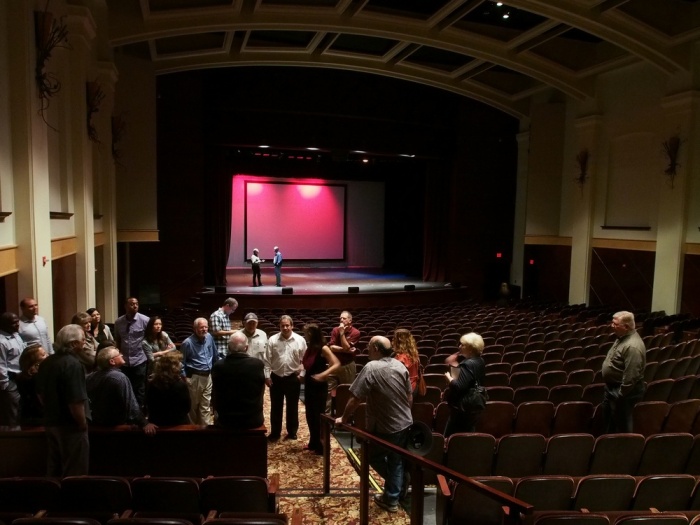 The high school auditorium was remodeled into an 800-seat theater at Hutchins Street Square.

The Lincoln “business tourists” viewed a number of Lodi locations. After completing a morning walking tour of the downtown area, a bus tour took in the surrounding areas in Lodi. The bus tour included stops at the Lodi Grape Bowl (a football/soccer stadium), Lodi Lake, Hutchins Street Square (the renovated high school) and ended at the Lodi Chamber office for an open discussion. After lunch the group toured two vineyards in the outlying areas before returning home. 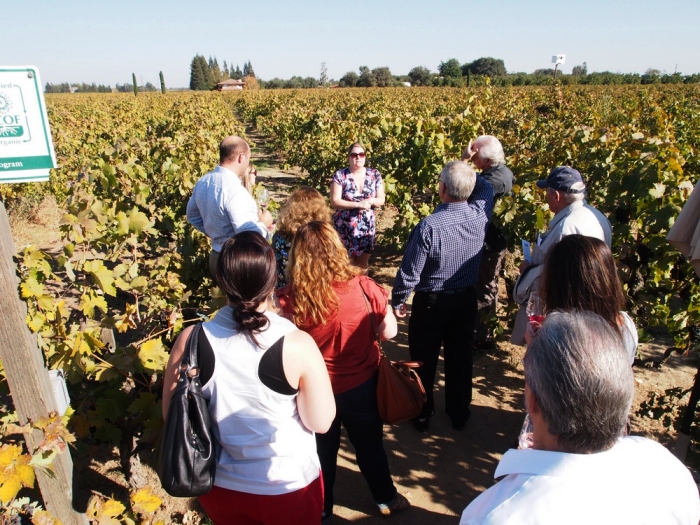 Lincoln visitors toured an organic vineyard outside of Lodi. 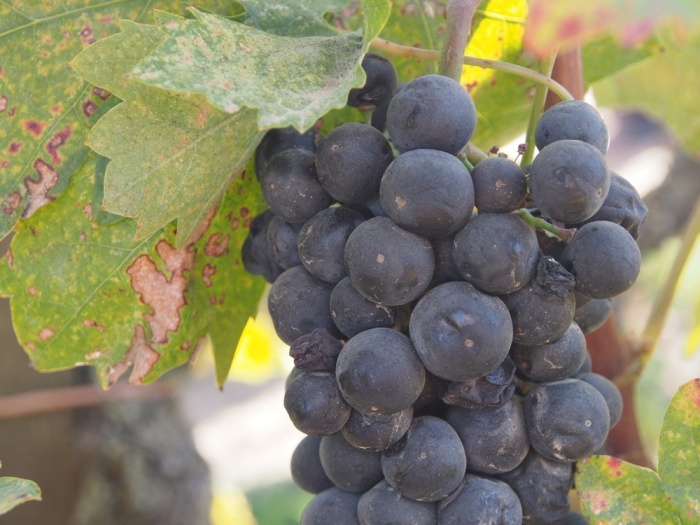 Wayne Sisneroz, President of the Downtown Lincoln Association, felt the community spirit in Lodi is equaled in Lincoln. “When we get together for a community event, the spirit of the community is overflowing. In that regard, I think that is a huge similarity.”

Sisneroz was excited to learn more about Lodi’s downtown revitalization project. He said, “They’ve done a whole downtown renovation and street scape project, something we are going to be doing soon. They outlined the benefits and pitfalls.” He continued, “Our biggest challenge is getting the right mix of businesses to make our downtown a destination. We have to realize that we have to give the community something to come to.” 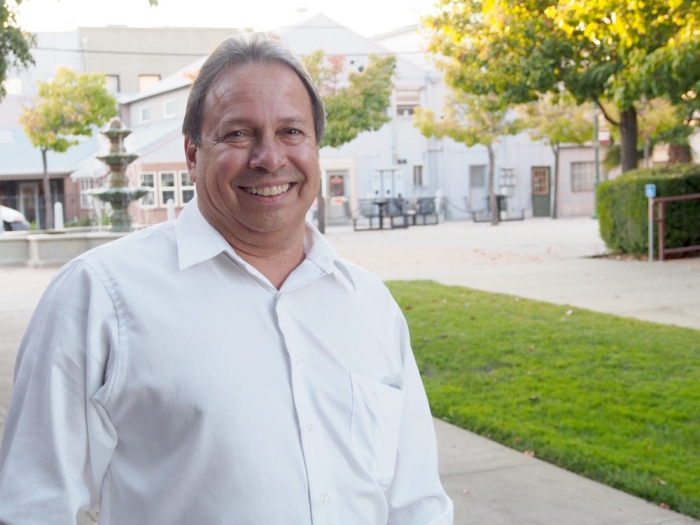