Dessert Extravaganza was a sweet affair 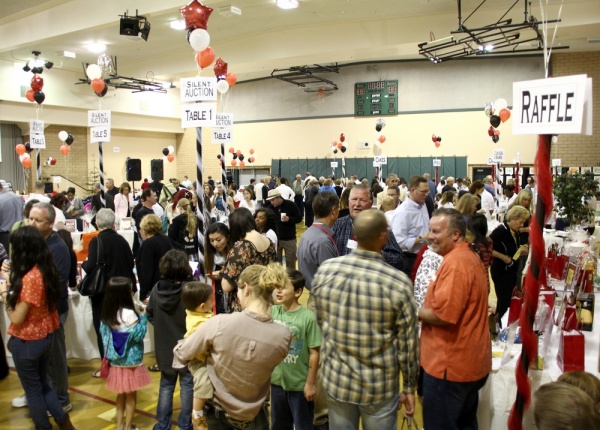 The Lincoln Community Center was the site of the Dessert Extravaganza and Auction on Saturday evening.

As the sun began to set along First Street on Saturday evening, the Lincoln Community Center parking lot was already full of cars. The 12th Annual Dessert Extravaganza and Auction was opening its doors and people weren’t leaving anything to chance. They wanted to be sure they could get a taste of the various cakes, cookies, pies and other dessert items inside.

The Polka Dot Cake was one of many desserts available for tasting and display.

The Dessert Extravaganza and Auction is the primary fundraiser for Community Christian Schools. Principal Julie Bline said the fundraiser provides approximately 25% of the school’s operating budget.

Principal Julie Bline describes some of the silent auction items.

Over 300 people attended the event. Each dessert was donated as a set of two, one to be cut up for tasting and the other one left intact for sale. After the first 45 minutes, many of the desserts were tagged with “sold” signs.

Bacon is an important dessert ingredient. 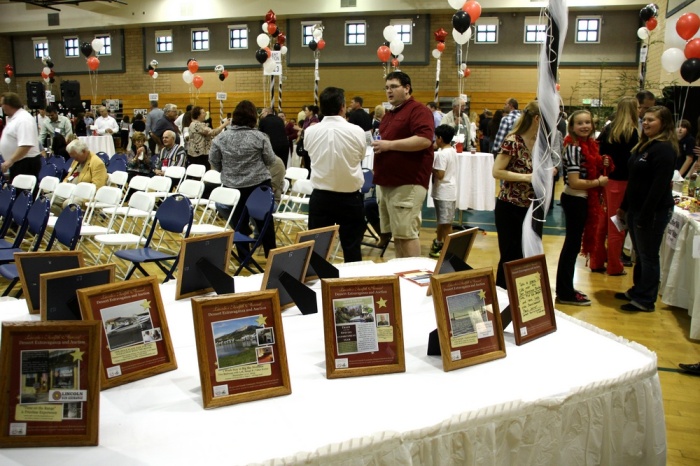 Some of the live auction items were represented on this table. 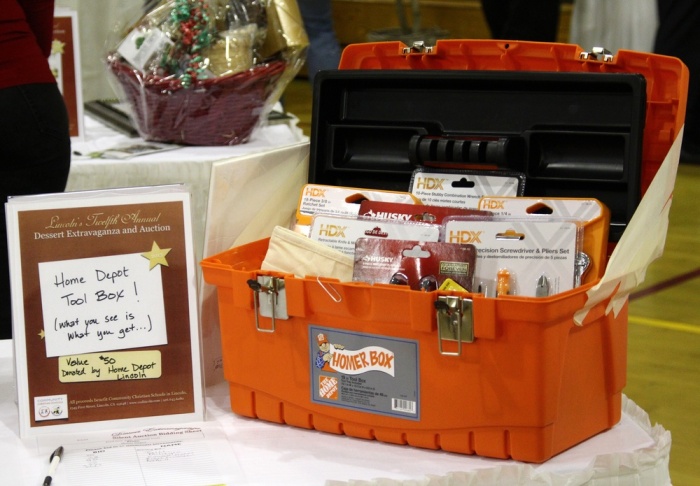 The Home Depot tool box was one of the many silent auction items available for bidding. 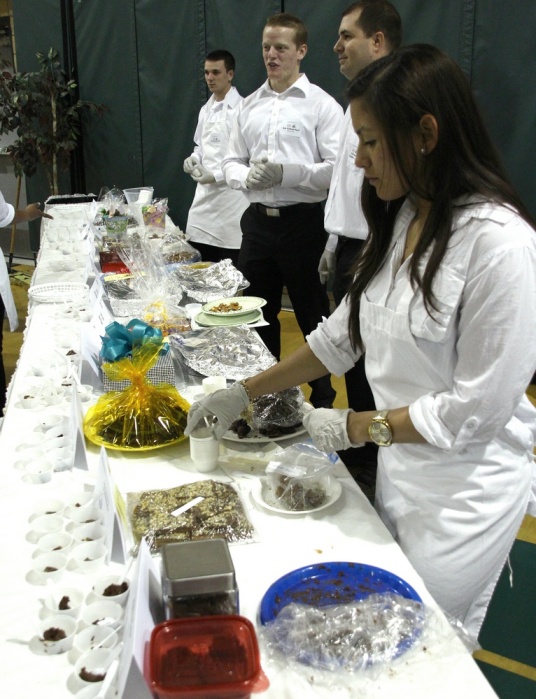 Volunteer servers helped with the dessert tasting and sales.

As the live auction began, guest auctioneer Doc Livingston stirred up the enthusiasm and brought in some great bids for the benefit of Community Christian Schools.